MASTER
Home
About
Get There
Tickets

Hear from leading life sciences industry CEO's about growth within their companies and the changing landscape of life sciences across Pennsylvania. Attendees can enjoy the benefit of a Q+A interactive panel, breakfast, and networking with industry leaders.

Brian D. Doerner is the Practice Leader of the Life Sciences and Technology Group. He is the former Chair of the Business and Finance Department and Practice Leader of the Mergers and Acquisitions/Private Equity Group, and he served for six months as the interim general counsel for an NYSE-listed multinational company.

After receiving his M.B.A. and before attending law school, Mr. Doerner worked at IBM.

John Ryan has served as Unilife's President and Chief Executive Officer since July 2016. John joined Unilife in 2014 as General Counsel and Secretary, having previously served as a Partner at Duane Morris LLP, as a Senior Vice President, Deputy General Counsel at Aramark Corporation, and as an Assistant District Attorney at the Manhattan District Attorney's Office. He is also a member of the Unilife Board of Directors. John holds a B.A. from New York University and a J.D. from Northwestern University School of Law.

Bruce Shook is a highly-experienced, medical device executive with more than 30 years of industry experience, including multiple early stage ventures focused on opportunities in cardiac surgery, cardiology, neurosurgery, psychiatry and vascular disease.  Mr. Shook joined Intact Vascular as Director, President and CEO in 2014 and has been instrumental in the Company’s development of the Tack Endovascular System®, a new technology for the repair of diseased peripheral arteries.  Prior to Intact Vascular, Mr. Shook was co-founder, Director, President and CEO of Neuronetics, Inc., which is a privately held medical device company that markets a non-invasive brain stimulation technology for the treatment of depression.

Mr. Shook holds advanced degrees in Biomedical Engineering and Business Administration from Columbia University and the MIT Sloan School of Management, respectively. He earned a B.S. degree in Chemical Engineering from Penn State University. Mr. Shook currently serves on the Board of Directors at Venarum Medical, the Penn State Research Foundation and the Pennsylvania Biotechnology Association. He previously served as a Director at Surgiquest, Respicardia and CoTherix.

Mr. Vardzel was previously Vice President of Corporate Development and Strategic Initiatives at Global Specimen Solutions.  Furthermore, as an executive affiliate to the healthcare industry, he routinely consults for several small-to-mid sized private equity firms advising on, in part, the feasibility of acquisition targets. Mr. Vardzel graduated from the University of Pittsburgh. 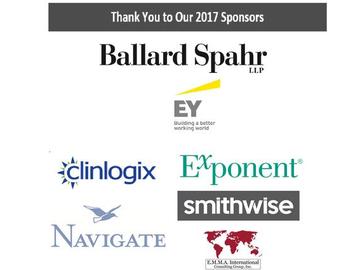