MASTER
Home
About
Get There
Register

The Holiday Lunch Panel is a content rich, high quality, program that is uniquely designed and marketed to the LSPA membership. The panel will feature prominent industry speakers highlighting timely content, while providing opportunity for strategic connections.

This year's program is designed to celebrate patients and recent advocacy successes related to newborn screenings, the Holiday Lunch Panel features a panel discussion focused on the wide-ranging benefits of expanded newborn screenings followed by time to network with other attendees and recognize the importance of Pennsylvania's recently-passed Newborn Child Testing Act.

In 2016, John was elected to the Pennsylvania State Senate representing the 15th Senatorial District, which covers most of Dauphin County and all of Perry County. His agenda includes reforming government, cutting wasteful spending, eliminating property taxes and removing bureaucratic barriers to job creation. He authored Act 1 of 2019 to require that public officials convicted of any felony offenses forfeit their taxpayer-provided pension.

He was recently named chairman of the Senate State Government Committee after a year as chair of the Aging & Youth Committee. He serves as Vice Chair of the Education Committee.

John has been instrumental in many large-scale philanthropic initiatives, including construction of the new Bishop McDevitt High School and both building and rehabilitating homes for Habitat for Humanity. He has actively supported educational programs, youth athletics and many other charitable causes that strengthen our communities.

Born and raised in the Harrisburg area, John graduated from Central Dauphin High School and earned a Bachelor’s Degree in Business Administration with a focus on Urban Planning from American University. He is married and has two grown children.

Maria Kefalas studied economics at Wellesley College and earned her M.A. and Ph.D. in sociology from the University of Chicago.  She worked at the Brookings Institution, held a post-doctoral fellowship at the University of Pennsylvania, and taught at Barnard College (Columbia University) before joining the faculty of Saint Joseph’s University in Philadelphia. Kefalas is the author of numerous books and articles and has received grants from the William T. Grant Foundation, the MacArthur Foundation, and the Department of Justice.

Her life took an unexpected turn in 2012 when her husband, father, and father-in-law were all diagnosed with cancer. That same year, on the fifth of July, she learned her youngest child, Calliope “Cal”, suffered from a fatal degenerative neurological disease called metachromatic leukodystrophy (or MLD).  Leukodystrophies are in the same family as Tay-Sachs and Canavan diseases. Cal would lose the ability to walk, talk, and feed herself within months.  Cal was not expected to survive beyond the age of six.

Kefalas gained fifty pounds and struggled with depression and grief.   A year after her daughter’s diagnosis, her nine-year-old son PJ suggested that the family start selling cupcakes “to raise money and to help kids like Cal.”  This idea for a bake sale would change everything. Then, she started blogging under the name “The Recovering Supermom” and published essays in Slate, The Mighty, and The Huffington Post.

Over the next several years, the family would sell 50,000 cupcakes. That money would help establish nation’s first Leukodystrophy Center of Excellence at the world-renowned Children’s Hospital of Philadelphia.  She has become a nationally recognized parent advocate for gene therapy who has spoken at the NIH, NORD, and the FDA.

Tragically, Kefalas’s husband, Rutgers University sociologist Pat Carr died from multiple myeloma on April 16, 2020. This has provided Kefalas and her family with the unique vantage point on grief in the time of Covid-19. With her late husband, Pat Carr, Kefalas is the co-founder of the Calliope Joy Foundation and Cure MLD.

Vincent Milano joined Idera as Chief Executive Officer in December 2014. Mr. Milano most recently served as Chairman, President, and Chief Executive Officer of ViroPharma, which was acquired by Shire Pharmaceuticals in January 2014. Under his stewardship, ViroPharma became a leading developer of innovative therapies for rare diseases, with the approval and commercialization of its lead product, Cinryze, for the treatment of hereditary angioedema in the United States and Europe. Mr. Milano joined ViroPharma in 1996 and served as Vice President, Chief Financial Officer, and Treasurer from 1997 to 2006 before becoming Chief Executive Officer. He was instrumental in building the company, including leading efforts to raise nearly $900 million in capital, as well as acquisitions of Lev Pharmaceuticals and the drug Vancocin from Eli Lilly. In addition, he played critical roles in business development and investor relations activities for ViroPharma, and contributed significantly to establishing the strategic focus of the company. Prior to joining ViroPharma, he served as a senior manager at KPMG LLP, an independent registered public accounting firm.

Mr. Milano currently serves on the Boards of Directors of VenatoRx Pharmaceuticals and Aclaris Therapeutics and is the Chairman of the Board for Life Science Cares Philadelphia. He received his Bachelor of Science degree in accounting from Rider College.

Register now to attend this event in celebration of our community's commitment to improving lives of patients around the commonwealth of Pennsylvania through the development of novel treatments and diagnostics. 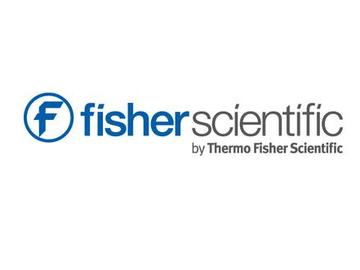