MASTER
Home
About
Get There
Register

Chief Executive Officer Dinner
*This event is reserved for CEOs of Core Life Sciences PA member companies. If you are unsure of your eligibility, please contact Lois Stephens at [email protected]

Join us Tuesday, December 3 at Merion Golf Club for the Life Sciences PA CEO Dinner for a relaxed evening to meet new colleagues, reconnect with those familiar, and to hear Daniel Hilferty, Chief Executive Office, Independence Health Group, share his insights and experiences in the life sciences.

*There is no registration fee. The cost for this event is fully underwritten by our generous sponsors. However, space is limited and you must register for this event if you plan to attend. This invitation is only for those who serve in the capacity of CEO at a core member company.  If you are unsure of your eligibility, please contact Lois Stephens at [email protected]

Daniel J. Hilferty is chief executive officer of Independence Health Group, parent of Independence Blue Cross, one of the nation’s leading health insurers. Since Mr. Hilferty became CEO in 2010, the company has tripled in size, expanding through its affiliates to 27 states and the District of Columbia, and serving 8.2 million people nationwide.

Mr. Hilferty’s vision for Independence is to lead the transformation of health care in the region, seeking innovative technologies and new models of care that will increase the quality and lower the cost of care. He led the creation of the Independence Blue Cross Center for Health Care Innovation and launched Tandigm Health, a unique venture that arms primary care physicians with the tools and data needed to better manage chronic conditions and deliver more personalized care. He has built business collaborations with world-renowned institutions such as the University of Pennsylvania to foster innovation in health care and partnered with Blue Cross and Blue Shield plans and other leaders in health care to build dynamic health care companies, including AmeriHealth Caritas, one of the country’s largest Medicaid managed care companies.

Mr. Hilferty is a sought-after speaker on leadership, transforming health care, and the role of technology and big data. Mr. Hilferty has appeared on MSNBC, Fox Business Network, CNN, and in The New York Times, The Wall Street Journal, and other national media. He is among a select group of nonpartisan health care leaders called upon by government leaders for advice on health care reform.

Mr. Hilferty is the chairman of the board of directors for the Chamber of Commerce for Greater Philadelphia, and he serves on the executive committee of America’s Health Insurance Plans. In addition, Mr. Hilferty is a member of the boards of directors for Aqua America, where he is also the lead independent director, and FS Investment Corporation III. He is the immediate past chairman of the board of directors of the Blue Cross Blue Shield Association, which represents Blue plans covering 106 million Americans. In 2015, he served as cochair on the executive leadership cabinet of the World Meeting of Families which brought Pope Francis to Philadelphia.

Mr. Hilferty earned his undergraduate degree from St. Joseph’s University in Philadelphia, Pennsylvania, and then served in the Jesuit Volunteer Corps running a community center in Portland, Oregon. After earning a master’s degree in public administration from American University, he returned to the Philadelphia area where he lives with his wife, Joan. The couple has five children and three grandchildren. 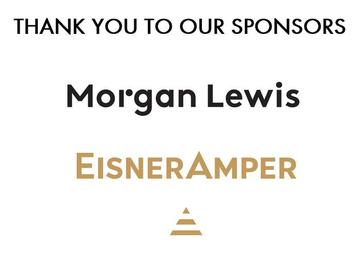