MASTER
Home
About
Get There
Tickets

Hear from the CEO of a pharma company working on synthetic cannabinoids, an investor actively seeking new investments in the legal cannabis market, and a pediatric neurologist managing clinical trials at CHOP, testing the efficacy of a cannabis extract for treating severe childhood epilepsy.  Attendees can enjoy the benefit of a Q+A interactive panel, breakfast, and networking with industry leaders.

Robert J. "BJ" Clark is a Litigation Partner at Ballard Spahr LLP. He specializes in Government and Regulatory Affairs and Public Policy. He represents clients, across a broad spectrum of industries, involved in complex state regulatory, administrative and legislative matters.  He has represented major bioscience companies as well as cannabis companies and universities involved in cannabis and hemp research. Before practicing law, BJ was on the executive staff of Governor Ed Rendell. He is a graduate of the University of Pennsylvania and Temple University’s Beasley School of Law.

Armando Anido has served as our Chairman and Chief Executive Officer (CEO) since October 2014. Mr. Anido has more than 30 years of executive, operational and commercial leadership experience in the biopharmaceutical industry, particularly in leading CNS transdermal patch and gel products through the entire product life cycle. Prior to Zynerba, Mr. Anido served as CEO of two publicly traded companies. Most recently, he was the CEO of NuPathe (NASDAQ: PATH), which was acquired by Teva Pharmaceuticals in February 2014. At NuPathe, he led the company through FDA approval of its lead product, Zecuity®, the first transdermal patch for migraine, to pre-launch before successfully selling the company to Teva. He also served as President and CEO of Auxilium Pharmaceuticals (NASDAQ: AUXL), where under his leadership, sales grew from $42 million in 2005 to more than $260 million in 2011 and market capitalization increased from $200 million to more than $900 million. Prior to Auxilium, Mr. Anido served as Executive Vice President, Sales and Marketing, at MedImmune and prior to that, in senior sales and marketing positions at GlaxoWellcome and Lederle Laboratories. At GlaxoWellcome, he was Vice President, Central Nervous System Marketing, responsible for the commercialization of the epilepsy, migraine and depression businesses in the U.S. He is currently a member of the Board of Directors of Life Sciences Pennsylvania, and he was a member of the Board of Directors of Adolor until it was sold to Cubist in December 2011. Mr. Anido earned a BS in Pharmacy and an MBA from West Virginia University.

Intrinsic Capital Partners is an investment firm focused on life-science and technology businesses within the legal cannabis market. The Intrinsic team brings institutional investment discipline and world-class operating experience to build and scale industry-leading companies that address unmet needs across the supply chain.

Eric Marsh M.D., Ph.D., Associate Professor of Neurology and Pediatrics, Division of Neurology, Children's Hospital of Philadelphia, Perelman School of Medicine at the University of Pennsylvania

Dr. Marsh is a child neurologist at CHOP.  His clinical work centers around diagnosing and treating children with early onset epilepsy, brain malformations, and intellectual disabilities.  He is the director of the neurogenetics clinic.  His's research program focuses on understanding how changes in brain development lead to epilepsy, intellectual disability, and autism. He combines molecular and physiological tools in mouse models to ask questions about the interaction of normal development with single gene mutations to determine how the brain responds to perturbations in development.  He has been involved, since the beginning of compassionate use and clinical trials with GW Pharma on Epidiolex, the purified CBD used for the treatment of intractable seizures.

As of COB , January 29, 2020, Life Sciences PA will no longer refund ticket purchases. 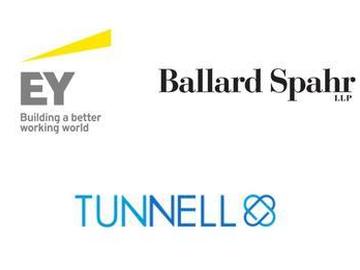